Our Cashman Law Firm, PLLC used to offer an “IGNORE” route to clients (and in certain circumstances, we still do).

Our Cashman Law Firm, PLLC used to offer clients an “ignore” route, where we would represent a client and handle all functions an attorney would take care of in a lawsuit, but we would not settle claims against a client.  For a while, this was a low cost successful strategy, and it was a good alternative to not being represented at all.  However, today, the strategy is not applicable to certain copyright holders who regularly name and serve clients.  For this reason, based on the suggestions of Matt Sag in his “Defense Against The Dark Arts of Copyright Trolling” paper, we are offering an even lower cost representation catered to those innocent clients who are left out of current attorney representation, namely, fighting the claims against a client, or negotiating a settlement.  This “no settlement” option is a strategy that I look forward to providing our clients.

WHY WE OFFERED THE “IGNORE” ROUTE TO CLIENTS

Our Cashman Law Firm, PLLC understands that in a number of ‘copyright troll’ situations, that the plaintiff attorneys were averse to naming and serving a “John Doe” Defendant.  Rather, they would prefer to keep the litigation in a “pre-trial” “pre-name-and-serve” state where they can continue to solicit settlements until the judge eventually forces them under the Federal Rules of Civil Procedure (FRCP) Rule 4(m) to name and serve defendants or dismiss the case in its entirety.

With this understanding, our firm offered a service which we called the “ignore route.”  (We also referred to it as “playing chicken” with the plaintiff attorney, drawing analogy to the 1960’s car game where two people each get into the driver’s seat of a car and drive straight towards each other at top speed, the first to swerve out of the impending head-on collision is the “chicken”.)

HOW THE “IGNORE” ROUTE WORKED

In this “ignore route,” we would take the “John Doe” defendant as a client, and we would send a letter of representation over to the plaintiff attorney.  This would invoke the ethical rule that prevents them from communicating with our client, the John Doe Defendant.  Thus, we would effectively stop the plaintiff attorney from being able to ask questions of our clients, some of whom did the downloading, some of whom did not.  As part of this “ignore route,” we would not offer a settlement, but we would also not engage the copyright troll in evidence-based discussions to establish whether our client was indeed the downloader or not.

Eventually, once the plaintiff attorney ‘copyright troll’ collected a sufficient number of settlements from the other defendants, he would dismiss the case in its entirety, and our client’s ‘John Doe’ entity would be dismissed in the mix.  We would then notify the client of the dismissal, close his file, and move on.  As to the plaintiff attorney, we would continue to represent that client, and if any communications or attempts to settle were presented, we would communicate that with our client.

MOST CLIENTS NEVER PAID SETTLEMENTS WITH THE “IGNORE” ROUTE

Most clients who retained our Cashman Law Firm, PLLC for the “ignore” route never paid a settlement, and were never named and served as a defendant.  As part of our agreement, I continued to monitor the case and report back to the client as soon as anything relevant happened which affected the client’s involvement in the case.  If we suspected that the plaintiff attorney developed a proclivity to name and serve defendants, or if we received word that the plaintiff attorney would be naming and serving our client (filtering through the threats and bluffs to an actual threat), we would then give the client the choice as to whether to have us open up settlement negotiations on their behalf or not.

Again, I am happy to share that most did not settle.

THE “IGNORE” ROUTE WAS A GOOD STRATEGY, UNTIL IT WASN’T

The “ignore” route was for a time a successful strategy, until certain plaintiff attorneys realized what we were doing.  As a result of this, a number of copyright trolls who sued John Doe Defendants from out of state hired local counsel and started naming and serving defendants.  Thus, the “ignore” route was effective only until the plaintiff attorney was willing to act on his threat and name and serve defendants.

WHAT ARE THE DIFFERENCES BETWEEN THE “IGNORE” ROUTE AND THE “NO SETTLEMENT” REPRESENTATION ROUTE?

The difference between the “ignore” route and the “NO SETTLEMENT” representation route is 1) one of time, 2) one of price, 3) one of strategy, and 4) one of innocence or “non-guilt.”

The “ignore” route took significantly longer to accomplish.  We monitored the cases daily on PACER to determine what the plaintiff attorney was doing with other “John Doe” defendants.  We also took the time to research and monitor the other lawsuits that same attorney (or those from his firm) filed in other states to understand what he would do in this case.  As such, a representation such as this one was more time intensive than the “no settlement” representation route because we were always in communication with the client, the opposing counsel, and other attorneys to determine when the “chicken game” strategy would lose its effectiveness.

With the “ignore” route, John Doe Defendants were our active client for sometimes six months or longer.  In the early days, there were cases that went for over two years (the “Hard Drive Productions, Inc. v. Does” and “West Coast Productions, Inc. v. Does” cases come to mind), and we represented clients actively throughout that entire two year period for that one time fee they paid when they retained our firm.

For the “ignore” route, we had clients pay a modest one-time fee.  Our firm guaranteed that the fee would cover all the months of research, monitoring, and interactions we had with the plaintiff attorneys on their behalf.  Because we often had multiple clients in one case, we were able to keep our costs low for the client.

Obviously from a business sense, we tried to best estimate how long such a representation would take based on our experience with previous clients and previous cases with that same ‘copyright troll’ plaintiff attorney, but as a general rule, we were able to offload most of the expense a defendant would need to incur and thus the “ignore” route was at the time the cheapest route (aside from representing one’s self in the case).

The “ignore” route is based on the theory that it is more costly for a plaintiff attorney ‘copyright troll’ to name and serve a defendant and proceed through the stages of litigation than it is to simply collect settlements from “settlement factory attorneys” who would scare their clients into paying thousands of dollars per case.  After collecting his extortion pay from the “settlement factory attorneys,” the plaintiff would then focus his efforts on other non-represented “John Doe” defendants.  In practice, our clients were never contacted and thus they paid no settlement.

The “no settlement” representation relies on the fact that the plaintiff attorney can suffer consequences and sanctions if he names and serves the innocent defendant, as he would be fighting an innocent client.  And, as the attorney for this client, we are willing, able, and ready to defend the client should he be named and served.

Knowledge of the copyright troll’s scheme where he does not actually have evidence of infringement is not relevant here, as the client has no need to fight the case because he did not do the download.  Thus, whether the attorney has faulty evidence or not is not relevant in this representation.

INNOCENCE / NON-GUILT OF THE CLIENT

This is different from the “ignore” route, where it is unclear whether the client did the download or not.  In the ignore route, we still avoid discussions with the plaintiff attorney as we would with the “no settlement” representation.  However, because guilt or non-guilt of my client is still in play, the plaintiff attorney has a number of ways of how to proceed.  He can offer a settlement, he can name and serve the client, or he can focus his efforts on the “settlement factory” attorneys who are willing to offer him huge sums of cash to dismiss his John Doe defendant.  The stated goal of the “ignore” route is to ignore, and not to settle.

If our client gets named and served in the “ignore” route, the faulty evidence of the plaintiff attorney becomes very relevant, as this would be part of our defense strategy in representing the client in the later phases of the lawsuit.  Also relevant would be questions of joiner, guilt or innocence, questioning the validity of the experts according to the Daubert principles, and investigating the software used to track the client as he allegedly downloaded the film.

Obviously the ‘copyright troll’ attorneys will try to defeat this strategy by naming and serving a certain number of these defendants.  However, our Cashman Law Firm, PLLC is very well aware of the weaknesses of the plaintiff’s case, and we are ready to expose those weaknesses for our clients.  We credit Matthew Sag and the “Defense Against the Dark Arts of Copyright Trolling” for exposing to the world the problems with the copyright troll lawsuits, and we look forward to seeing an end to copyright trolling once and for all. 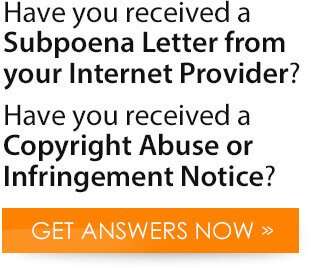